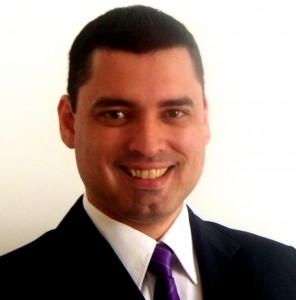 When we talk about hormones in Preventative Anti-Ageing Medicine, we refer to bioidentical hormones.

They may be of natural or synthetic origin, but the biggest difference between them and other hormones is that bioidentical hormones have the same three-dimensional  structure as those produced by the human body,  which allows a perfect fit of the bioidentical hormone molecule into the cell receptors where it will perform its functions. This process is what we call specific physiologic response.
On the other hand, hormones known simply as synthetic don’t have the same three dimensional structure as the ones produced by the human body, and therefore provoke a pharmacological response, that is, they force their connection into the cell receptor. These molecules are considered foreign by the human organism, which reacts to the presence of these “intruders”. Many times this reaction manifests as side effect, more or less evident, even imposing a health risk.
Examples of this kind of synthetic hormone, usually used by women in menopause, are the ones made with breeding mare urine, having in its formulas hormones foreign to the feminine organism, besides other no identified substances.
Bioidentical hormones, whether synthesized or made from plant or animal bases, have the physical-chemical properties natural to the human body. When administered in physiologic doses after a clinical-laboratorial analysis to determine the individual needs, are assimilated perfectly by the metabolism, benefitting the patient with a minimal risk of causing side effects due to the quick identification by the cell receptors.

Another advantage of the bioidentical hormones comes from the fact that they are applied on the skin, which avoids passing through the liver, and increases its absorption and bioavailability. Another characteristic is that they are conveniently found in compounding pharmacies where they are modulated into the correct dosage to be used in a certain amount of time. Bioidentical hormones have, for many years, become the healthier alternative to those who need to recover their hormonal levels and do not want to do it with “synthetic” hormones or to be at the mercy of premature aging.

Dr. Ricardo Vallejos has a a  formal degree in Geriatrics  and degree in Anti-Aging Sciences by UNIP Universy, of which the coordinator and main professor is Dr. Ítalo Rachid – the physician who brought anti-aging to Brazil. He has a 3-year course on BioIdentical Hormones at Dr. Salerno’s Anti-Aging  clinic in New York, and courses on Stress Relief and Ortomolecular.  Dr.Vallejos  writes articles for several magazines, and has given talks and interviews in radio and television.

We are temporarily halting our Online Sales while we re-structure the site. Sorry for the inconvenience! Dismiss