Home / Homeopathy – The Wonderful Natural Medicine That Worth Knowing Better 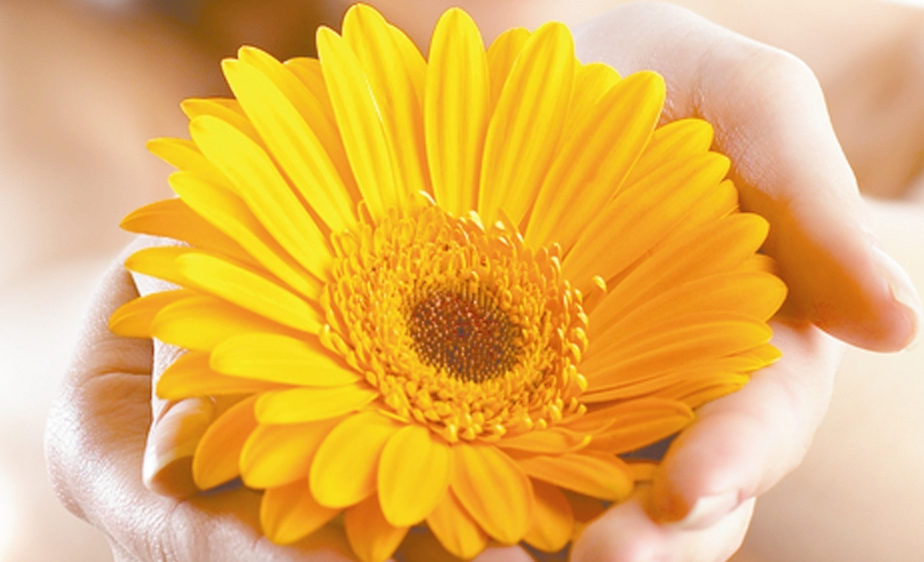 How I Learned About Homeopathy

In 2008 I wrote my first post about homeopathy in my Brazilian blog. I wanted to share the wonderful results I have had with homeopathic medicine treatments over twenty years.

I have since graduated in Homeopathic Medicine by CCHM in Toronto, Canada. After my studies my admiration and respect for homeopathy grew even more, and I would like to invite you to learn a little about it. Homeopathy is a medicine that can make a great difference in your life and in the lives of those you care about.

First experience with a homeopathic medicine

The first time I took a homeopathic medicine, the results came quickly and were very interesting. At that time I was experiencing a super crisis. I had a wonderful life, was happy in every way, and one day I started feeling extremely distressed and anguished, especially when waking up in the meddle of the night with an emptiness in my head. My homeopath prescribed me a single dose for the first night, and another remedy to be taken every morning for approximately two weeks.

After a couple of days I started having incredible insights and I realized everything that was happening to me. I commented my “discoveries” to my friend who had referred the homeopath, and he was not impressed.

I found it strange, and asked him why – he answered “I already knew all this about you. ” – Why didn’t I know? I asked – and why didn’t you tell me? He replied: “You would have never believed. This kind of discovery is personal”. With the perceptions and emotional relief, I was happy again, the sleep wonderful as before, and everything was back to normal.

Some years later when I started Jungian therapy, which I love, I continued taking homeopathic medicines to help me better understand the issues that therapy was uncovering. This undoubtedly hastened my therapeutic process.

Homeopathy, however, has not only a subjective side. My homeopath always requests detailed examinations when necessary, and I’ve taken homeopathic medications for both physical and emotional problems.

Throughout these years I have had many cures with homeopathy. For example, for about two years I had an extra-systole, which is an abnormal beating of the heart. For two years I went to several cardiologists and never understood why they never found a solution. Finally I decided to travel to the city where my homeopath was living, to get his opinion. Result: In two months I was fine.

Actually, I had improved a lot since the first week. My homeopath prescribed a formula with vitamins and minerals, including an amino acid that is essential for muscle strength.

When it is low in the body, the heart can become weak, leading to extra-systoles. Besides these vitamins and minerals, he prescribed a remedy for my emotional problems, as I was in the midst of a crisis caused by a big change in my life.

Case of Rhinitis and Sinusitis

I have many examples to give and can still quote from my husband who had rhinitis and sinusitis since he was a teenager. He had started a homeopathic treatment and had not followed up. Homeopathy does not always cure after the very first dose, like in my case, and he gave up.

Sometimes the first remedy is not ideal, and a second or third must be taken. This happens because the homeopath is trying to find the “similimum” the remedy that resonates with the patient’s vital energy and it is not that simple. When he tried for the second time, the results were very good and quick, and he is totally free of that problem.

A couple of years later I had a tendinitis problem, and during 6 months of pain and difficulty to pick up objects, I consulted with three allopathic doctors (one of which wanted to operate my hands), and underwent lots of physiotherapy and laser applications without any improvement.

When I realized the folly of looking for answers in the wrong place, I finally booked an appointment with my homeopath. The remedy he prescribed gave me 70% improvement in the first week, and over a month and a half, the pain completely disappeared and didn’t come back again. At that moment I promised myself that homeopathy would be always my first choice.

It was at that moment that my husband decided to re-start his homeopathic treatment for sinusitis. Now he is fully healed. And what is important: cured by a medicine that has no side effects. Isn’t that wonderful? To give you an idea, the allopathic medication prescribed to him had numerous side effects, one of them is the possibility of causing glaucoma.

Focusing on the Patients’ Needs

I am not saying that homeopathy has all the answers. I really believe that we need a new medicine where all medical specialties can learn from each other and see what is better for the patient.

When someone is suffering it is not time for games of egos. Conventional medicine has been advancing a lot over the last decades, which is great. But homeopathy, Chinese, Tibetan, and Indian medicines have hundreds of years of wisdom and experience, a fact that should never be neglected. 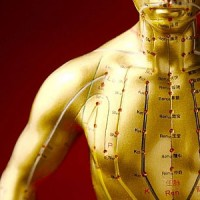 The most fascinating thing about homeopathy is its ability to heal by activating the inner energy that resides in each living being. That means that homeopathy is good for people, animals, plants, everything.

In high potencies there are no more physical traces of the raw material used, and the remedy (having a base made of alcohol and water) has only the energy of the substance.

Why do we need the potentization? Because, according to Hahnemann, only energy can act on energy. If we want to stimulate the vital individual energy to reach the cure, we have to do it with energy.

Why Some People Criticize Homeopathy Without Knowing it?

It is very common to see people questioning about a homeopathic remedy because it doesn’t contain physical particles, and, without any knowledge or even interest to understand it, say that it doesn’t work. The answer is simple: Energy acts over energy.

Energy is not a philosophical subject, nor a mystic one. Since Max Planck, Einstein and many others, quantum physics has proved that the whole universe is energy condensed in many different levels of vibration, which makes the world the way we perceive it.

Another serious reason for people being discontent with homeopathy is because many homeopaths don’t explain clearly to their patients how it works. When the remedy activates the person’s vital energy, an aggravation may occur.

This is when we see the majority of complaints or abandonment of treatment. When people are suffering, they obviously want to feel better. However, they need to know that the aggravation caused by the right remedy is wonderful because it is the beginning of the cure.

If by a misunderstanding the patients think that homeopathy made him worse, and decides to stop, they are losing the opportunity to be healed. In this moment the patients need to talk to their homeopath to discuss these symptoms, so that a decision can be made on how to continue the treatment – either by reducing the dose or dinamization, or changing the remedy. Abandoning the treatment without understanding what is happening should never be done.

Aggravation of Symptoms in Homeopathy

Everyone can be confident during an aggravation, because the treatment is not a thing done blindly. Homeopathy is a science, and each remedy has been tested thousands of times always achieving the same results. This way, the homeopath knows what to do when told about the new symptoms.

Another problem is that sometimes people come to a homeopath as their last resource. That means that they have been using allopathic drugs with serious side effects which have aggravated their original state. In this case patience is needed to reach good results. 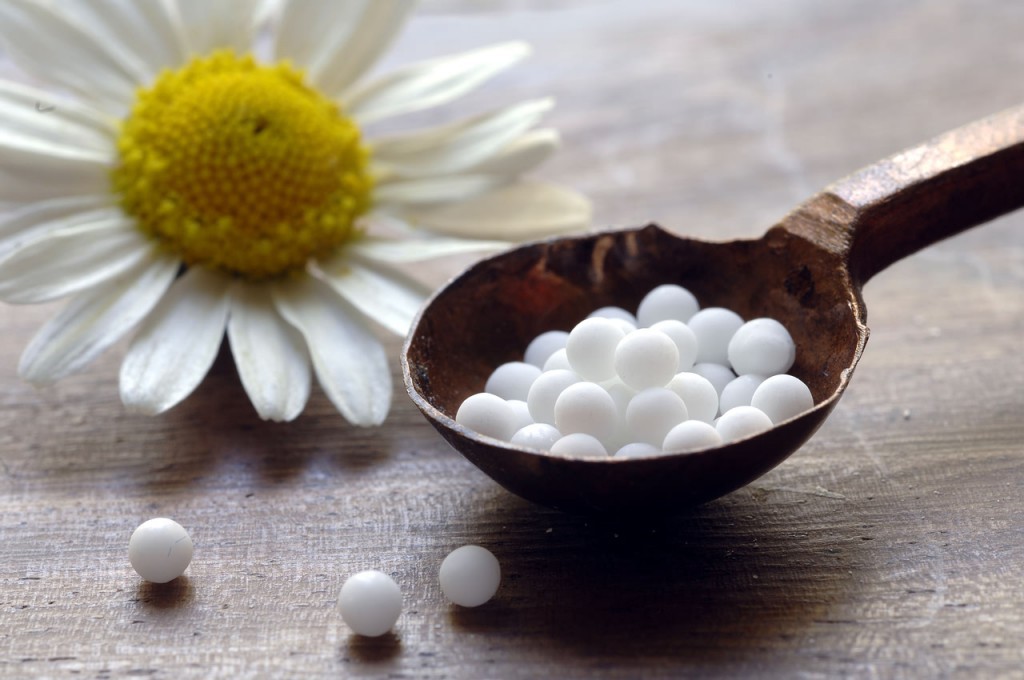 That is why a homeopath should always be consulted first, along with all necessary exams that modern technology offers. When the general patient’s scenario can be seen clearly, it facilitates the discovery of the right homeopathic medicine.

But the important thing is: homeopathy treats based on symptoms. The name of the disease doesn’t matter. According to Hahnemann, “the totality of symptoms should be the only guides to the homeopathic remedy”.

I really believe that we need a new medicine where all medical specialties can learn from each other and see what is better for the patient.

When someone is suffering it is not time for games of egos. Conventional medicine has been advancing a lot over the last decades, which is great. But homeopathy, Chinese, Tibetan, and Indian medicines have hundreds of years of wisdom, a fact that should never be neglected.

Homeopathy will be better understood through quantum physics 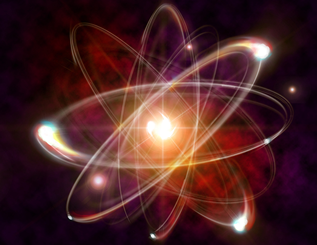 Homeopathy, developed over 200 years ago by Dr. Samuel Hahnemann , only now can be better understood through the eyes of quantum physics. The most fascinating thing about homeopathy is its ability to heal by activating the inner energy that resides in each living being.

That means that homeopathy is good for people, animals, plants, everything. In high potencies there are no more physical traces of the raw material used, and the remedy (having a base made of alcohol and water) has only the energy of the substance.

Why do we need a potentized remedy? Because, according to Hahnemann, only energy can act on energy. If we want to stimulate the patient’s vital energy to reach the cure, we have to do it with energy.

This post is for educational purposes only, and it is not intended to replace medical treatment.

We are based in Toronto, Ontario, Canada and ship our products Worldwide. Shipping prices vary according to the destination and service selected.

To find out how much your shipment will cost, add your products to the cart and proceed to checkout. You’ll then be able to enter your address and see the shipping service prices.